Dig by I Mother Earth 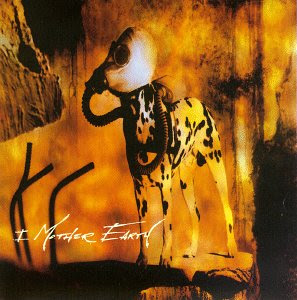 I was reminded of this album the other day when their song "Levitate" became available for download for the game Rock Band. Unlike Bootsauce, I Mother Earth was an early 90s Canadian band that actually had listenability and a really great first album. I listened to this CD basically a million times in high school, but popping it in the other day it held up pretty well. Their second album, Scenery and Fish, is terrible in every single way, but for some reason Allmusic gives it a good grade, so the lesson is come here for your arbitrary ratings first. I mean, at least at a rate of two or three times a month.

I've mostly been avoiding the recent resurgence of 3D movies, so I have no idea if Piranha 3D is indicative of the overall experience and/or enhancement that the 3D gimmick is supposed to offer. I personally haven't been to a 3D movie since I saw Captain EO at Epcot in the late '80s and all I really recall from that flick are the puppety type creatures singing and dancing alongside Michael Jackson. What I can tell you about Piranha 3D is that it has more blood and nudity in it than I have seen from a mainstream, theatrically released horror film since the Friday the 13th remake. And as far as horror remakes go, Piranha 3D manages to be one of the better ones made in the last few years, on par with the Dawn of the Dead remake from 2004. I recommend checking the movie out if the title or trailer piqued your interest at all, but don't feel like you need to see it in 3D, nothing will be lost when the movie hits DVD.

(Image from impawards.com)
Posted by Quammy at 8:26 AM 3 comments: