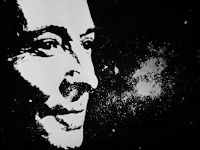 When we first met the Doctor and his granddaughter we learned that they were fugitive aliens with a malfunctioning time machine. By the time we got to The Time Meddler, the last serial in the show’s second season, we really hadn’t learned anything else about who the Doctor was or where he came from. We had learned a thing or two about what the Doctor was capable of and what made him tick, but there still wasn’t anything terribly concrete about his back story. And even though The Time Meddler introduced another time traveler, with his own TARDIS, we never learned where exactly he and the Doctor were from or what kind alien they were specifically. What we did get, though, was a great serial. The Time Meddler combined a historical setting with science fiction themes, to great effect. It also gave us our first real chance to see the latest companion, Steven Taylor, in action. Steven comfortably filled the Ian shaped hole in the show's cast, confounding the Doctor (and occasionally Vicki) with his questions while also being young and spry enough to throw down when fisticuffs were in order. At the end of serial, we don’t know where the Doctor and his companions were off to next, but thanks to The Time Meddler the show had greatly expanded their options.

Rating: I'm not a mountain goat%
Posted by Quammy at 4:46 PM No comments: 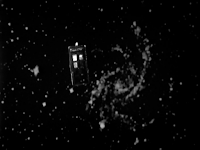 In the very first episode of Doctor Who, Ian and Barbara force their way into the TARDIS and become wrapped up in the Doctor's aimless travels through time and space. It's worth remembering that the first Doctor is a fugitive who may or may not be in control of his ship. The Doctor is seemingly unable to return Ian and Barbara to their proper time and place and so they go with him, unsure if they'll ever make it back home. By the time we get to The Chase, the crew of the SS TARDIS have settled into a routine. They no longer seem impressed by or afraid of what awaits them outside the TARDIS's doors. They've become reckless tourists, content to sun themselves on a dying world. But as we learned at the end of the previous serial, The Space Museum, the Daleks have their own time machine now and they are ready to follow our friends until the end of eternity. This six part serial is almost like a greatest hits package, dropping our characters into and out of a variety of stories and locations. They're never in one place for more than two episodes and each place they visit could easily have been the setting for an entire serial. In the end, Ian and Barbara are able to make it back home, but the Doctor continues onward, into the unknown.

Rating: I shall miss them. Silly old fusspots%

Fun Fact: In the first episode of the serial, The Doctor repairs a Time-Space Visualiser (essentially an intergalactic DVR) that he got from the Space Museum. The device is capable of showing any event from history. Vicki uses the machine to watch The Beatles perform "Ticket to Ride" on Top of the Pops. Because of the BBC's policy of erasing old tapes, this is the only surviving footage of The Beatles on Top of the Pops.
Posted by Quammy at 6:32 PM No comments: