I find it hilarious that they can put out a movie with the word "ass" in the title. That said, I'm not sure who Kick-Ass was made for. Fanboys are a notoriously fickle bunch and internet hype rarely results in box office success. And with an R rating there was no way that Kick-Ass was going to make the kind of money that comic book movies like The Dark Knight or Iron Man have made. It's also hard to ignore that, despite a running time of nearly two hours, the movie feels rushed, constantly glossing over characters and plot points. Not even the violence, which seems to be the major selling point here, is enough to fully redeem this film.

Those kids from the Sunny D commercial are all growed up and they have a band that sounds like prostate cancer.

(Image from www.aceshowbiz.com.)
Posted by Internet John at 9:48 PM 8 comments:

Kids in the Hall: Death Comes to Town

I've always maintained that the critics who panned Brain Candy and The Wrong Guy were probably Americans whose idea of a really hilarious movie is one in which a guy gets hit in the groin twice, and who are even now bragging about how one time they were on the same flight as Dane Cook. Just because no one from SNL has made a decent movie in twenty years doesn't mean sketch comedians can't be funny in longer, narrative-based projects. Be that as it may, Death Comes to Town is a dull, sad affair, with weak characters, flat dialogue, and very few laughs. When you're as old, chubby and tired-looking as Dave Foley, you really can't pull off playing multiple characters on the same show, especially one as weakly written as this. If Death Comes to Town were my dog, I'd have put it to sleep long before Episode 8.

(Image from www.thecoast.ca.)
Posted by Internet John at 2:09 PM 4 comments:

I'm not immune to the "so bad, it's good" allure of some movies, but there are movies out there that are so terrible that they should never be watched by anyone, ever, under any circumstances. One such movie is 1953's Robot Monster, you know, the one with the guy in the gorilla suit with a fishbowl on his head. Yeah, that one. Shown in 3-D, because adding a gimmick to a piece of shit movie is a timeless ploy, the film's sheer level of suckage more or less caused its director Phil Tucker to attempt suicide. Robot Monster attempts to tell the story of an evil alien called Ro-Man who tries to hunt down and kill the last few people on Earth using his death ray and blah, blah, blah. This movie sucks ass and for some reason it features a bunch of stock footage of lizards fighting.

(Image from Wikipedia)
Posted by Quammy at 5:41 PM 5 comments:

When I first started watching westerns, I mostly stuck with spaghetti westerns. Classic westerns, especially John Wayne westerns, were for old people like my father (nothing personal, dad). It took Howard Hawks' 1959 classic Rio Bravo to show me just how wrong I was. The film, essentially a rebuke of High Noon's politics, finds a diverse group of characters (Wayne's stern sheriff, Dean Martin's recovering drunk, Angie Dickinson's lady gambler, Ricky Nelson's fresh faced cowhand, and Walter Brennan's grizzled yet comical old timer) defending a stronghold and each other. The interplay between the characters is what makes the movie so good, but it also helps that there is plenty of action and comedy, a little romance and even a musical number.

If you're like me, you save all your pennies in a big ol' jar. Partly because you hate carrying them around in your pocket and partly because, even though they suck, they're still technically money. Cashing them in is lame too because you gotta roll them up first. Then you have to take those rolls to the bank because if you try to pawn them off at a store the clerk will look at you like you're the world's biggest asshole. Last weekend I rolled pennies for like two or three hours, and what did it get me? Twenty bucks and hands that stank like copper. 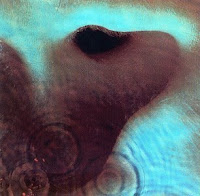 Meddle is a Pink Floyd album from 1971. Much like Obscured by Clouds, it's not one of Pink Floyd's more popular albums. Other than the opening track, "One of These Days," Meddle is a pretty mellow album. The closing track, "Echoes" (which may or may not sync up with the trippy space freak-out part of 2001: A Space Odyssey), is twenty-three minutes long and, on the vinyl version, takes up the album's entire B side. Also notable on the album is the song "Seamus," which features a howling dog.

(Image from Wikipedia)
Posted by Quammy at 7:31 AM 5 comments: 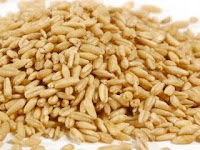 "Oat groat" is the least sexy combination of words one can utter in any language. Apparently they're full of antioxidants or some bullshit but I can't really talk now because my testicles just committed suicide.

(Image from www.culinate.com.)
Posted by Internet John at 6:42 PM 2 comments:

Between our excellent whiskey and our comely ewes, it's no wonder the Scots never conquered the world. Smokehead isn't quite as smoky as you'd expect from the name, but it beats a kick in the ass with a frozen boot.

RATING: 80%
(Image from www.whiskyintelligence.com.)
Posted by Internet John at 12:01 AM 3 comments: 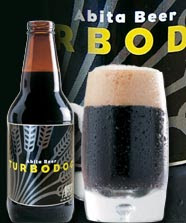 A Beer For Every State #4 - Louisiana

The big selling point for Turbodog, according to the label, is that it is brewed with natural spring water. Well, that makes sense, since it tastes a lot like water. Nah, just kidding; that just seemed like the obvious insult to make. It's a pretty ok dark brown ale that I'm probably not giving a fair enough shot since I'm drinking it straight from the bottle. But then again, in Louisiana I've only ever been to Bourbon Street in New Orleans. That was probably not a fair enough shot either.

Email ThisBlogThis!Share to TwitterShare to FacebookShare to Pinterest
Labels: a beer for every state, beer, Glenn, louisiana, the south

The Ricky Gervais Show is an animated program currently airing on HBO. It adapts portions of popular podcasts and audiobooks featuring Ricky Gervais, Stephen Merchant and Karl Pilkington. Regular features on the show include Monkey News, questions from listeners and seeing whether or not Karl understands popular phrases. The true star of the show would have to be Pilkington, with his nonsensical stories about monkeys and his dimwitted responses to simple questions. Gervais and Merchant's treatment of Pilkington would almost be considered cruel if it weren't so funny.

Email ThisBlogThis!Share to TwitterShare to FacebookShare to Pinterest
Labels: animated goodness, comedy, If I had a girlfriend she'd probably tell me I was too old to be watching cartoons, Quammy, tv review 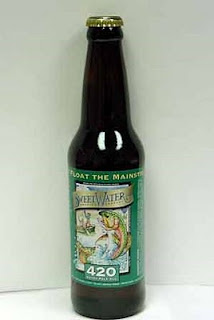 A Beer For Every State #3 - Georgia

I loves me a pale ale, and this one is ok? It's hoppy, but not IPA hoppy, and I guess I would enjoy it if I'm ever in Georgia for some terrible reason, but it does have a sticky aftertaste reminiscent of puke or bongwater. Maybe that's where the 420 comes in, ha ha dudes, get it? I'm making it sound much worse than it is. As far as true southern states (beers) go, Georgia (this beer) is probably the best. But that's only because of Atlanta. And, uh, hops.

Email ThisBlogThis!Share to TwitterShare to FacebookShare to Pinterest
Labels: a beer for every state, beer, georgia, Glenn, the south 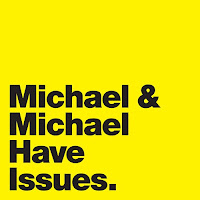 Michael & Michael Have Issues was a short-lived comedy series from 2009 that featured Michael Ian Black and Michael Showalter (both of The State, Stella, and Wet Hot American Summer). The conceit of the series was that it followed the lives of the two Michaels on and off the set of a sketch show they hosted called Michael & Michael. While not an entirely original premise for a series, the best moments on the show featured the Michaels being petty and horrible towards one another and their staff. Black and Showalter are both excellent performers of semi-improvised self-depricating humor. The series was cancelled after seven episodes.

If it weren't for his association with the Sex Pistols, I'd probably never have heard of Malcolm McLaren (1946-2010). Even now I don't really know that much about Mr. McLaren, other than what I've seen in various documentaries about the Sex Pistols and punk music in general. None of which was particularly flattering. John Lydon (aka Johnny Rotten) never had anything nice to say about the guy, then again he's never really had anything nice to say about anybody anyway.

Portable Grindhouse: The Lost Art of the VHS Box

There exists, to this day, a certain segment of the film fanatic population that continues to collect and fetishize VHS tapes. For them, there are "books" such as Portable Grindhouse: The Lost Art of the VHS Box, which is little more than a collection of photos and scans of approximately one hundred VHS tape boxes. Many of the titles in this collection will likely become lost films once their respective tapes have worn out, with little chance of them seeing a rebirth in the DVD and Blu-ray market. In some cases this loss will be a true tragedy, but for some titles obscurity will be more than appropriate. Despite being a novel idea for a book (get it? novel, book) Portable Grindhouse could have easily been improved by including some commentary on the VHS covers themselves or by organizing the titles with some regard towards genre or era.

A group of merry pranksters (including the guy who played Biff in the Back to the Future movies) head off to an island mansion for April Fool's Day weekend. The pranks and practical jokes are all in good fun at first, but then people start disappearing. Is there a killer on the loose? Kinda, sorta, not really. April Fool's Day is a classic '80s slasher flick, despite being a bit tamer than other slasher movies that were released around the same time. The ending seems to piss some people off, but you shouldn't really be watching slasher movies if you're a stickler for plot and/or continuity.