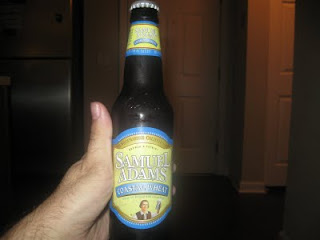 A Beer For Every State #12 - Massachusetts

My friends, who are admittedly mostly pinko liberal hippies, tend to deride every beer that is not out of a craft brewery, and while I agree that craft and micro breweries usually put out the best beers, I have to admit there are a few big beers out there I'm partial to - Shiner, Blue Moon, MGD 64 (jk on the last one). Samuel Adams puts out some good seasonals, and I think the Coastal Wheat was pretty good. Wheat beers are kind of hard to get wrong, I think, especially with everybody putting all kinds of citrus slices in them to try to turn them into a Zima or something. I can't imagine a situation where you'd have to drink this instead of Blue Moon, a much better big company wheat, but I don't really know what Massachusetts is like. Yes they deserved to die, and I hope they burn in Hell!

Email ThisBlogThis!Share to TwitterShare to FacebookShare to Pinterest
Labels: a beer for every state, beer, Glenn, massachusetts 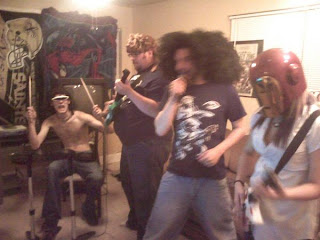 Karaoke!
With instruments!
The more fun your friends are
exponentially increases the fun of this game. 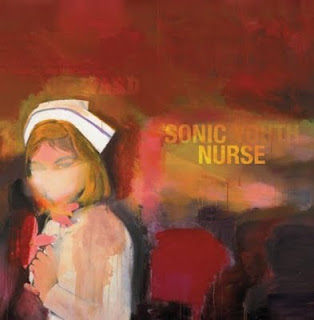 You know, I always thought I liked Murray Street a lot more than this album, but listening to it for the first time in a few years I realized it's one of Sonic Youth's best. They claimed it was their attempt at a classic rock record, like something by Crosby, Stills, Nash and Young, which I can sort of understand - there aren't any four part harmonies, but the guitars are really gentle and layered in a way that can best be described as pretty. It's probably the least "aggressive" SY album out there. Maybe it'd be in my top three of their albums? I can understand why 24 year old me only thought it was ok - he had some pent up issues that were probably best solved by listening to At The Drive-In on repeat. 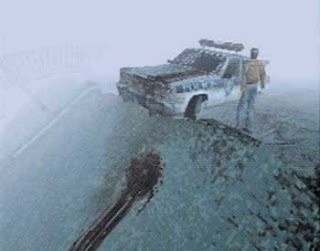 This game is like stepping into a well-crafted eerie-fest of a horror movie. A mystery to solve, undead creatures to run away from, sounds like a sleepless night well spent. A lot like Resident Evil, but with a far more overwhelming atmosphere. 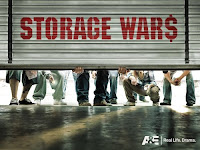 Storage Wars is the kind of reality television programming that appeals to both my thrifty side and my hoarder side. The show follows a handful of buyers as they bid against each other for abandoned storage lockers. After purchasing a storage locker, the buyers rummage through the locker's contents, hoping to generate a profit from what they find. Sometimes it's valuable art and antiques and sometimes it's garbage and used porn. The people behind the show were smart enough to cast some interesting buyers (my favorite being Barry Weiss, the eccentric collector with the Charlie Sheen wardrobe) as well as establishing a formula for the show that's part Scrappers and part Antiques Roadshow.

(Image from blog.sparefoot.com)
Posted by Quammy at 7:24 AM No comments:

Fulfills your giant monster destroys the city fantasies. Not a touch of sophistication or precision here, just full-on joyous destruction.

I haven't collected trading cards since the mid-nineties, but after a recent nostalgia fueled eBay session I ended up with half a dozen unopened wax packs. Until the late eighties/early nineties, virtually all trading cards came in wax packages, often with a "bonus" stick of terrible, terrible gum that would often shatter in your mouth and cut the inside of your cheek when you tried to chew it. Since I was more of an indoorsy kid growing up, I was always interested in non-sports trading cards (Garbage Pail Kids, Dinosaurs Attack!, Wacky Packages, etc.) and my recent purchases definitely reflected that (no need to get into details, but let's just say I'm now the proud owner of a pack of Alf cards). While I have no interest in collecting full sets of classic cards, there's just something nice about holding a vintage wax pack in your hands. I told a friend recently about buying the wax packs and he asked, "What did you do with them?" I said, "Well, I took them out of the envelope, looked them over, and then put them away." He laughed, but I hardly regret the purchase. 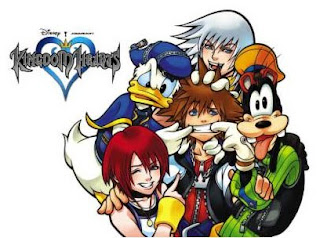 10. Kingdom Hearts (PS2)
Gorgeous graphics, smooth controls, pick your own Disney character posse. Might seem like it’s just for the kiddos, but who was alive when Aladdin and Lion King came out? Embarrassed how giddy I was to play the Little Mermaid level. An enthralling adventure from start to finish.
Rating: 90%
Posted by Ryan at 6:18 AM No comments: