Fury from the Deep 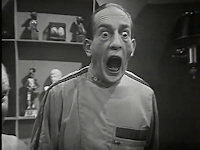 I wasn't looking forward to watching Fury from the Deep. Chronologically, it's the last serial from the Patrick Troughton era to be missing in its entirety, all his remaining serials contain at least one surviving episode. So it was with some hesitation that I plowed through the episode reconstructions, doing my best not to nod off. In the end, while I found the plot to be very formulaic and not entirely dissimilar from The Ice Warriors, I wish more than just a handful of clips from this serial had survived. All that remains now are a few outtakes and some of the more violent moments that were cut from the film prints by Australian censors. Lost are the helicopter stunts, the first appearance of the sonic screwdriver and the final moments of Victoria's tenure as one of the Doctor's companions. I liked Victoria, she never got much to do but I thought she had a great rapport with Jamie and the Doctor. Ironically, during the serial she complained of being terrified all the time but ultimately it was her screams that defeated the monsters.

The Web of Fear 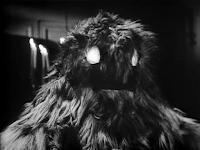 Going in, I didn't have high hopes for The Web of Fear. I didn't really think that the Yeti deserved another shot at the Doctor, especially so soon after their debut. Thankfully though, with just a slight update to their appearance and a change of location, the Yeti have justified their existence. These new Yeti, dubbed Mark II, have flatter faces with big light-up eyes. Given that they spend the majority of the serial chasing people around in abandoned subway tunnels, they reminded me a lot of C.H.U.D.s, which is never a bad thing in my book. This serial also sees the return of actor Nicholas Courtney, in his first performance as Brigadier Lethbridge-Stewart (though, he's only a Colonel here). We first saw Courtney playing a different character in the First Doctor adventure The Daleks' Master Plan. He'll return once more during the Second Doctor era before becoming a regular fixture during the Third Doctor era. Most of The Web of Fear was recovered in Nigeria at the same time as The Enemy of the World, though one episode of The Web of Fear remains missing.

Rating: We keep on landing on your Earth%
Posted by Quammy at 6:06 PM No comments: