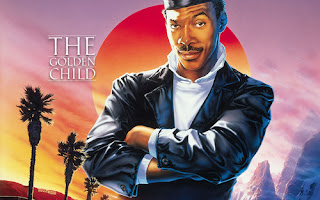 Eddie Murphy was on a roll in the '80s, putting out hit after hit.  The Golden Child may have made some money (79 million bucks) but it was a boring, meandering bomb.

Take all the Asian mysticism and kitchy stereotypes of Big Trouble in Little China and throw in a watered down Beverly Hills Cop script and you have an afternoon-waster on your hands.

Eddie Murphy never gets revved up joke-wise and there is complete lack of chemistry between him and Charlotte Lewis.