Brad Meltzer - "I'm famous I guess. Also, you know what the DC Universe could use more of? Rape. Bam. Eisner Award."

Fanboy - "I feel terrible while I'm reading this comic, so it must be good?"

If The Expendables was a pasta, it would be testosteroni. The film's major draw, in that it features virtually every major action star from the last thirty years, is also what keeps it from being a fully satisfying movie. With so many characters in the mix there isn't enough time for any of them to develop or, you know, have more than two lines. The plot, what little there is, is somewhat reminiscent of the last Rambo movie. But let's face it, no one goes to see a movie like this for plot, character development and/or narrative arc. You go to see stuff blow up real good and, trust me, they got that part covered. 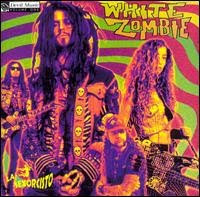 I don't like this album as much as Astro Creep, but that could just be nostalgia? I mean, they're virtually the same record. Anyway, how can you go wrong with lots of rock, roll, and also audio samples of the greatest Star Trek episode in history.

Night of the Demon

Professor Nugent and a handful of his anthropology students go deep into the woods to investigate some disappearances that may be linked to a sasquatch living in the area. The monotony of their journey is broken up by the Professor's tales of sasquatch-related murders, including but not limited to: a woodsman who gets mutilated with his own axe, two Girl Scouts who get stabbed to death, and a biker who gets his dick ripped off. Their investigation takes a turn for the worse after they meet Crazy Wanda, a mostly mute hermit who, years earlier, was raped by the sasquatch. This low-budget foray into bigfootery features terrible acting, limited lighting, synthesizer noise (as opposed to synthesizer music), multiple flashbacks with flashbacks, plot points that go nowhere, and characters that appear ominous at first but ultimately never reappear. The sasquatch itself looks as though they threw a bag of hair clippings at a guy covered in tanning bronzer. 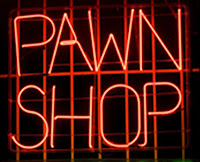 Treasures & Trash is a pawn shop in Moncton, New Brunswick (1063 Mountain Road). On a recent trip to Treasures & Trash, I noticed that they had a freezer case near the door that was full of steaks. I'm not sure how it is that a pawn shop acquires a freezer case full of steaks or who, for that matter, would want to buy them. The quality of the goods available at Treasures & Trash, at least as far as what I saw on my last visit, is quite low. Also, the staff can be quite surly and are not above having heated arguments with people about what may or may not be stolen goods. 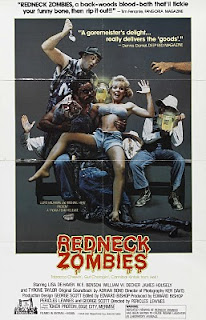 Shot on video and distributed by Troma. That's basically all you need to know about this movie, but the plot is some rednecks accidentally put nuclear waste into their moonshine. Then they become zombies. I have seen this movie about ten times. 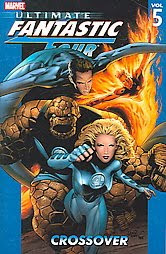 This is it! The Ultimate Fantastic Four finally get to travel to the main Marvel Universe and meet their counterparts. Just kidding, Mark Millar invents the Marvel Zombies universe instead. I guess it's fine, even if Greg Land's art looks like he traced a bunch of pornography. 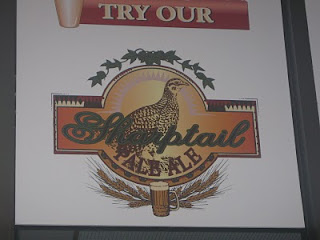 The menu at this restaurant in Billings claimed this beer was for "serious hopheads only," but I guess they must have meant drug addicts, because this beer was totally bland. It was brewed in restaurant, and I've never had a good restaurant brewed beer, so fine, fine. However, the burger at this place was definitely a top ten burger, so if you ever mess up your life and are in Billings, there's that at least.

Email ThisBlogThis!Share to TwitterShare to FacebookShare to Pinterest
Labels: a beer for every state, beer, Glenn, how the west was fun, Montana 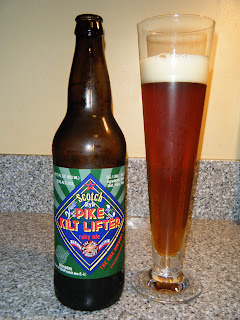 A Beer For Every State #9 - Washington

Since I drank this after getting off a plane zonked out on Klonopin, I can only assure you that I thought it was good for some reason, just as I thought the pothole was good, the wasps buzzing near the ground were good, the pretty lights were good, the luggage rack was good, etc.

(Image stolen from The Sum of All Beers, which seems to be a pretty decent beer blog)
Posted by DCP at 10:54 PM No comments: