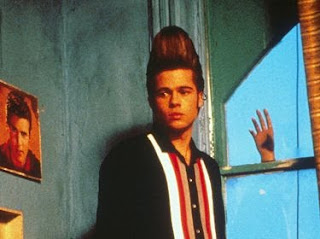 At times, triptastic, other times deeply funny, all the while saturated with cool. Catherine Keener does her usual routine and Brad Pitt gives one of his most underrated performances. Cameos by Samuel L. Jackson and Nick Cave are the icing. The scene where Brad Pitt and his roomie go over the pros and cons of moving in with a girlfriend is in itself worth the price of admission. 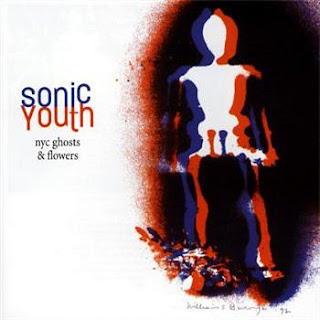 Well, this album sucks, but the question is does it suck as much as Pitchfork famously claimed? I guess it'd be hard to, but I doubt even Pitchfork really believed the album was a 0.0. It's got some good moments musically speaking, but those are frequently ruined by bad impersonations of high school students imitating Jim Morrison imitating the beat poets. Well, there was nowhere to go but up after this I guess, but it's easily the worst thing Sonic Youth has ever been associated with.

The NFL Draft as a viewing experience 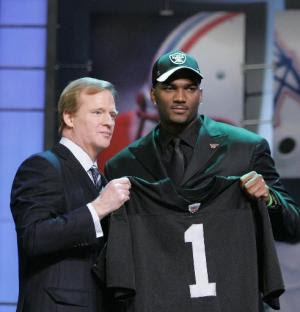 Even the diehardest of diehard football fan doesn’t know a bunch of the guys getting drafted, so you have no idea whether to be happy or pissed when your team picks the cornerback out of Murray State. In spite of this and all the waiting time between picks and the sheer nerdiness of watching a sporting event with no actual sports, I find myself drawn to it every year, partly to watch the Jets fans boo everybody and partly because of the intoxicating hope that the Texans will pick the next great player.

I could tell I was going to like The Replacement Killers as I read the names in the opening credits: Chow Yun-fat, Michael Rooker, Til Schweiger, Danny Trejo, etc. After watching the movie, I was actually a little mad at myself for not having seen it years earlier, since Hong Kong style shootouts and character actors are like manna from heaven to me. I guess my initial reluctance to watch The Replacement Killers stems from my overall disappointment with most North American-made action movies featuring actors or directors who first gained prominence overseas. I mean, as good as Chow Yun-fat's films are (especially the ones he made with John Woo), no one in their right mind could possibly think Bulletproof Monk is better than The Killer. No one. 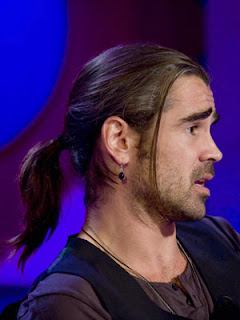 Women like their men to remind them of horses. And they enjoy sharing their scrunchies. Win, win. 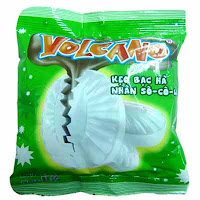 As a Canadian, I could travel to Cuba if I wanted to. I don't want to, but I could if I did. And if I were to go, I could bring back some Volcano brand chocolate filled mints, like a relative of mine did after their recent trip to Cuba. The mints themselves aren't really anything special and they're not really any different than the chocolate filled mints you can get just about anywhere else (if you still have living grandparents, ask them where they buy their crappy candy). But I still had to laugh after looking at the package, because it turns out that they're made in Ho Chi Minh City, Vietnam. That's right, these mints were made by commies, for commies. They're commumints.

(Image from tootoo.com)
Posted by Quammy at 6:55 AM No comments: 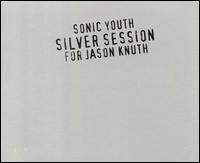 The story with this album is that while Sonic Youth were recording A Thousand Leaves there was a metal band recording upstairs, and as a result SY couldn't get their songs right. So they turned up every amp and laid every guitar against them for revenge. The result, recorded here, is exactly as you'd expect, but it's actually pretty soothing, and I think you could relax to it if you get my drift. 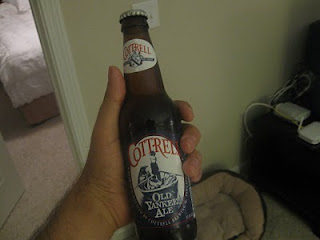 A Beer For Every State #11 - Connecticut

I don't want to say that Yankees don't know how to make delicious microbrews, but I don't know if this really goes a long way to dispel that nasty rumor. It's a forgettable ale, and also it was warm, which I blame on the brewers and their families. (Caveat: I drank it eight months ago, so maybe the particulars aren't too fresh in my mind) 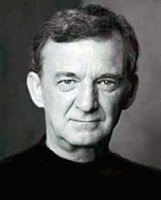 It's a sad day for fans of Canadian character actors, Wayne Robson has passed away. Robson got his start with a couple of small roles in some Robert Altman films and would eventually go on to be a part of countless films and television shows made in and around Canada. Mr. Robson was also a veteran of the stage and a voice-over artist, having provided the voice of Professor Calculus in the English language version of The Adventures of Tintin cartoon series from the early nineties. He may remembered most fondly, by Canadians at least, for having portrayed the character of ex-con Mike Hamar for several seasons on The Red Green Show. He will be missed.

Rating: Keep your stick on the ice%

Before the Devil Knows You’re Dead 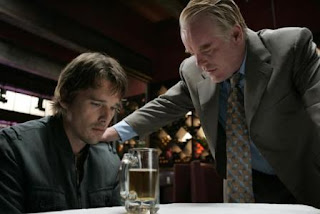 An atypical robbery story with a Hitchcockian vibe. If you don’t mind loathing every character in a movie, your enjoyment of this tense, sharp film will not be impeded. Meaty performances by all involved. Seeing Marisa Tomei without clothes is not exactly a drawback.

The Problem With Reviewing Hobo With A Shotgun

Hobo with a Shotgun is an unapologetically violent exploitation movie that was filmed in Nova Scotia, not all that far from where I live. I wanted, more than anything, for it to be kick-asstastic. However, after seeing the movie this past weekend, I have to say I was disappointed. I thought the movie had some pacing issues and a lot of seriously bad dialogue. It wasn't a total shit fest though. The action scenes all looked good, they used lots of practical effects and fake blood, there were some cool cameos, some excellent music choices, some great camera work, and a number of lighting choices that paid homage to the films of Dario Argento. I hate to give Hobo with a Shotgun a bad review, because it definitely deserves to be seen and I know there's an audience out there for it, but I simply can't ignore the film's weaker points. 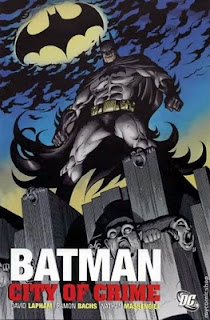 Well, what would a David Lapham book be without the constant threat of pedophilia? It's ok, but if you were a parent buying your kid Detective Comics and you happened to read the issue where a 14 year old tries to seduce Bruce Wayne and then ends up half naked and dead of a drug overdose in a hotel room, you might rethink the whole reading comics is better than television thing. Obviously, though, kids probably only make up about 5% of American comic books' audience these days anyway.