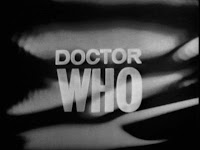 Because I apparently don't have enough nerdy things to obsess over, I've decided to watch the entire Doctor Who series from the beginning. The first serial "An Unearthly Child" introduces us to the First Doctor (William Hartnell), his companions Susan, Barbara and Ian, and a time travelling police box known as the TARDIS. In "An Unearthly Child," the Doctor and his companions travel back to the Stone Age where they encounter a tribe of cave men scrambling to unlock the secret of making fire. A power struggle amongst the tribe means that our heros spend much of the serial either being held captive or running for their lives through prehistoric forests. Considering Doctor Who has been on (and off) TV for almost 50 years and the fact that I have a full-time job, it will likely take me several years to wade through the entirety of the series. But seeing as the show has one of the coolest theme songs of all time, I'm looking forward to the challenge.

Rating: Eh, Doctor who? What's he talking about?% 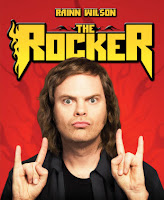 I ended up buying and watching The Rocker recently after finding it in the $5 bin at Wal-Mart. I thought, "Even if this is terrible, it's only gonna cost me $5." Going into the movie with an attitude like that was probably one of the reasons I enjoyed The Rocker as much as I did. The movie is essentially a mix of Bad News Bears and That Thing You Do! Rainn Wilson's character gets kicked out of his band on the eve of their massive success, 20 years later he finds redemption and some success of his own playing the drums for his nephew's band. If nothing else, this movie is notable for having an amazing cast, which includes: Rainn Wilson, Emma Stone, Josh Gad, Christina Applegate, Jason Sudeikis, Jane Lynch, Jeff Garlin, Will Arnett, Fred Armisen, Bradley Cooper, Demetri Martin, Aziz Ansari, Howard Hesseman, Jane Krakowski, and Pete Best (yes, the Pete Best).

(Image from allrovi.com)
Posted by Quammy at 6:25 AM No comments: