Uh oh, that 'splosion looks serious! The Enterprise accidentally traipses into a minefield owned by a mystery race of aliens called the "Romulans" - probably not important or anything if you ask me.

T'Pol tells a crazy bedtime story for Archer and Trip about the one time her great-grandma and Two friends crashed on Earth in the 1950s and had to live like schlubs in small-town Pennsylvania. It's actually a pretty charming episode, though I bet it must be reviled among other Trek fans.

The Enterprise is gonna visit a colony of miners and accidentally instead blows them all up, whoops! Turns out they were framed, and through some time travel and torture and torturous time travel everything gets put right! Uh, except the dead colonists I guess.

Risa is supposedly this really sweet pleasure planet space people go to get laid and etc but every Star Trek episode that takes place there is super boring. This one's no exception but at least Hoshi hooks up with a sexy alien instead of one of the dudes for a change!

Trip and Archer meet up with a gregarious desert dweller and become friends with him (by playing topless space-lacrosse), only to find out some oppressive politicians on the guy's planet consider him a terrorist. Hmm. Oh, also they have to cross a desert and get really thirsty. 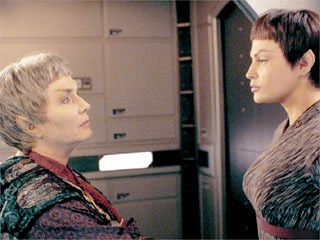 A Vulcan ambassador gets (gasp!) accused of being bad at her job and also of being a criminal, so the Enterprise plays the role of interstellar bail bondsman to bring her to justice, only maybe, just maybe, everything is not as it seems!

After making some aliens mad by being culturally insensitive, the Enterprise gets invaded by a gooey space web alien who cocoons a bunch of crewmembers. Pretty creepy TOS style working here. 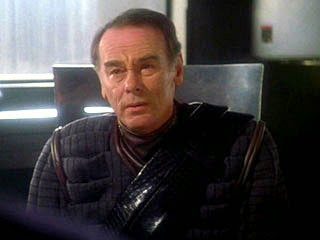 Hey it's Al from Quantum Leap playing an evil internment camp warden! Some good political conceptualizing as the United States was just entering the "war on terror" but the episode is sort of boring.

The Enterprise hears of a haaauuunted shiiiiip, so of course they investigate in order to graverob it of all its valuables. There's a kind of cool twist that you see coming a mile away, but would've been more interesting if SPOILER everybody on the whole ship was dead holograms instead of just most people.

This episode is universally reviled for its supposed breach of Trek continuity, but I don't give a shit about that - do whatever you have to do to tell a great story! This is not a great story. The Ferengi take over Enterprise to steal its... treasure? One thing I appreciate about Enterprise as a show, though, is it revels in making a man (always Trip Tucker) the object of viewers' sexual desire, so Tucker takes control back of the ship in his BVDs. 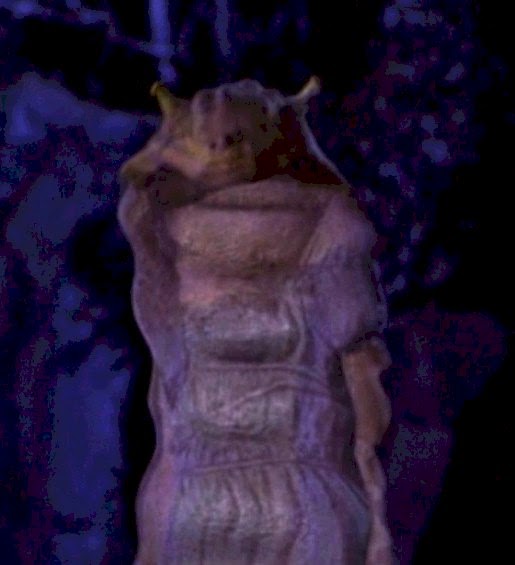 Starts great, with a spooky rogue planet being able to support life, ends with a psychic slug.

Some Vulcans come out of space asking for help and acting all nice and jolly and it turns out they are a religious sect who believe feeling all the feelings is kinda cool. Well what's not cool is mind rape, which one of them does to T'Pol and Archer just lets them all go with a slap on the wrist - some space cop you're turning out to be, pal!

Malcolm and Trip are on a mission in a shuttlepod (can't remember which number) and through a hilarious series of misunderstandings they come to believe that the Enterprise is destroyed and they are slowly going to die of asphyxiation. No worries, they turn it into a bourbon-drinkin' party!

The Vulcans decide they want to bring T'Pol home and send her to her room with no dinner or whathaveyou, but then she and Archer get kidnapped so everything works out swell! 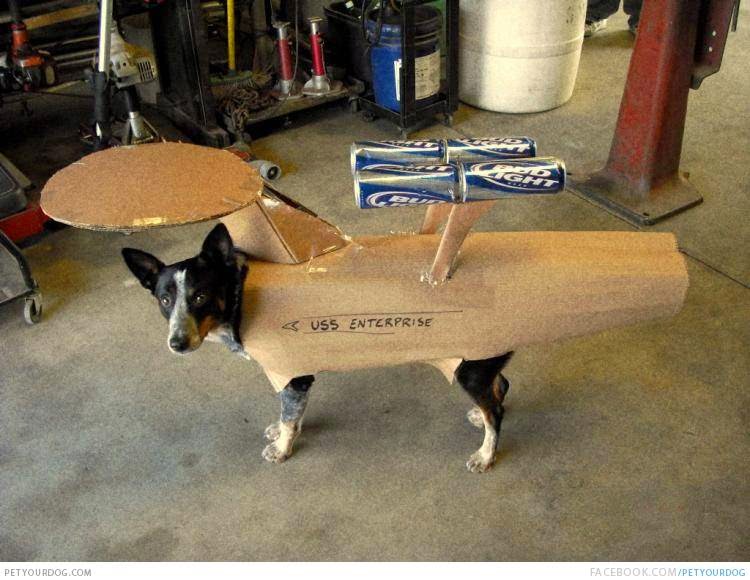 Our spacetronauts encounter a strange ship stranded in a gas giant, but wait a minute, to me that ship looks sorta Klingon so I bet this rescue mission doesn't go off without a hitch!

(photo from petyourdog.com)
Posted by DCP at 1:00 PM No comments:

Dr. Phlox gets a crush on this one earth lady, but he's nervous that she'll be mad that he already has four wives with two or three husbands each, but then she's like "Woah, marriage? Let's just have some fun." Also the Enterprise meets some pre-warp people with a space-plague and they decide not to help them in a very heavy handed pre-Prime Directive example of non-interference. Archer even says, I'm not kidding, "If only we had a rule... a directive, if you will, to stop this in the future." We already got that, writers!

Some tall, skinny alien bros decide to crash Enterprise's space party they're throwing for Malcolm, so the Enterprise decides to invent phasers to teach these space bros a lesson.

While meeting some space-religious-types on a pilgrimage to a space-cloud, Archer and co. also meet some time travelers who want to either fuck things up or save them. It's actually an ok episode before the time travelers come in and force a story arc because people nowadays apparently can't enjoy a show unless "everything's connected, man!"

The Enterprise comes across a freighter that's been damaged in an attack, and the "boomers" on board (humans who run cargo) are angry and stubborn and also hostage takers - luckily Ensign Mayweather is there to talk everybody down because he was born on a freighter, man without a country style. Pretty strong episode that fleshes out the world of commerce in Star Trek, something basically no other show would do.

Some space pirates are mining poison out of a Medieval style alien town, so Captain Archer pulls a Kirk and makes out with a space lady to save the day. 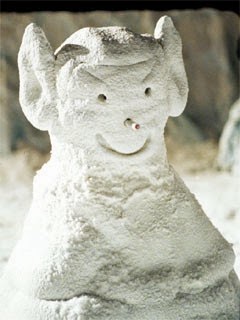 The crew decides to land on a comet and some Vulcans decide to watch them build a snowman. Also T'Pau has some marital issues only the Southern dude can help resolve because clearly they are going to hook up at some point in the future of the show.

So there's lots of crazy space things to explore, but instead Archer's like "let's check out this boring Vulcan monastery!" Turns out some Andorians also wanted to check it out, ie take everybody hostage because they worry there's a secret spy thing underneath, but that would never be true in Star Trek, right???

The Enterprise finds a long lost space colony (I mean, it's 70 years old but I guess that's long lost) except the people forget what technology is and there's a little too much radiation so maybe not a great vacation spot imho.

You know that thing where you meet an alien species so you accidentally hold hands and then grow a bunch of extra nipples because you're now pregnant? No? 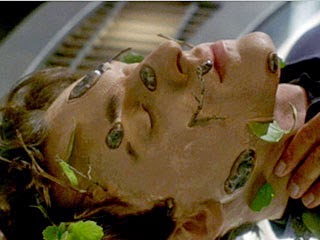 Here Archer and the gang land on one a them planet dealies with the hallucinatory flowers like in twenty episodes of the Original Series, which causes the southern dude to flip his shit and turn all racist. Yeah, sure it was the space pollen talking, guy. Time for a trip to human resources if you ask me!

The Enterprise meets a floating derelict in space with all its dead crew having their blood drained to make space drugs, so of course they stick around because there are no horror movies in the 22nd Century. 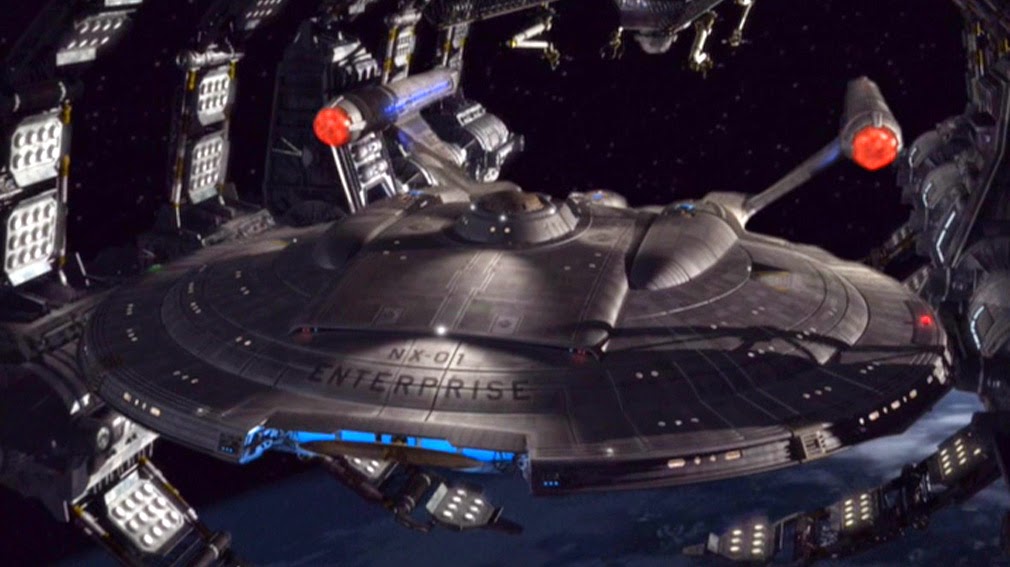 Everybody hates Enterprise, and to be honest when I was 21 as soon as I heard the Scott Stapp style crooner whining his way through a barely plucked acoustic guitar as the theme song I clicked it off. This first episode is actually really great, it turns out, from effects to story to acting. The plot is there's a Klingon who accidentally crashes on Earth, so it's up to Captain Johnathan Archer and his brand new ship, the, uh, Enterprise (like, future people have a really small stable of names to pick from I guess) to carry this Klingon back to his home world, Klingo, but will everything go according to plan??? Also, gripezone, but Star Trek is always patting itself on the back for diversity yet in six TV shows every crewmember has been hetero cisgender Americans/Europeans with a couple aliens thrown in for good measure.