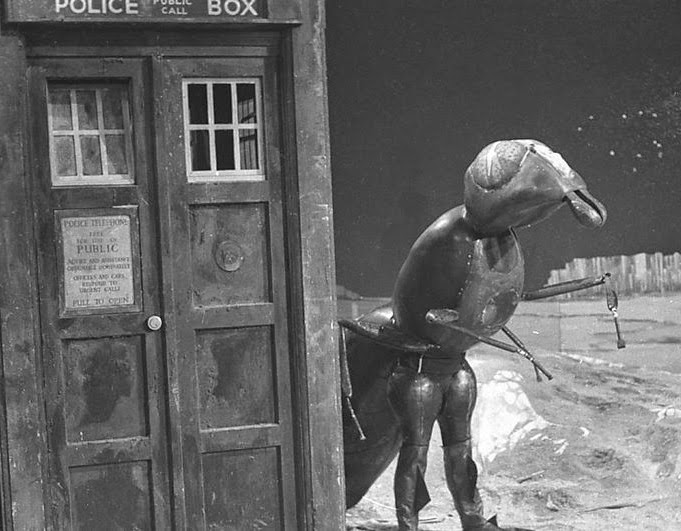 This is a serial that really pushed the limits of what Doctor Who was capable of accomplishing, despite its meagre budgets and limited technical resources. Yes, you can spot the seams rather easily, but you can also tell that the cast and crew of the show were giving it their all. Time, unfortunately, has not been kind to The Web Planet, it's generally regarded rather poorly when compared to other serials from Doctor Who's early years. The Doctor and his companions don't really drive the plot of The Web Planet, they're mostly supporting characters in a larger, unfolding story. But at six parts, the serial ends up dragging on too long. Also, most of the alien creatures encountered by the Doctor and his friends speak in halted speech patterns, making their scenes feel endless. And while some of the effects are impressive, some merely distort the recorded images making everything hazy and out of focus.

Rating: We've been dragged off our course. The question is, is it some natural phenomena, or is it intelligent, deliberate, or for a purpose? Hmm%